The best website for SARGAM notations of songs and tunes.  | Over 400 Songs/Tunes | Weekly addition of new notations |

Banarasiya (rang me bhang ya) 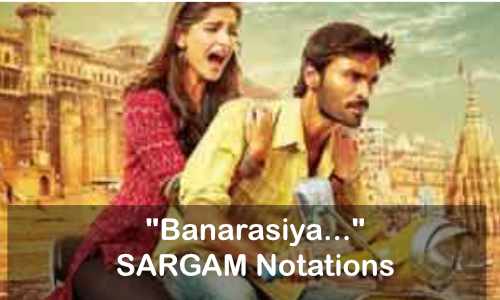 Sargam notations for the song Banarasiya…

A pretty lengthy song.  Took me almost a week to jot down its notations. Lots of ‘Meend’ and ‘Murkis’ used.  As for the Raag on which this Banarasiya song is based, I think it is Raag Yaman Kalyan.  Enjoy!

How to read SARGAM notations

Get notified instantly about our latest Posts. Subscribe to our RSS Feeds

COPYRIGHT RESERVED.  DO NOT COPY ANY CONTENT FROM THIS WEBSITE WITHOUT WRITTEN PERMISSION OF THE AUTHOR. AVOID LITIGATION.
Menu